Good on ya Boys 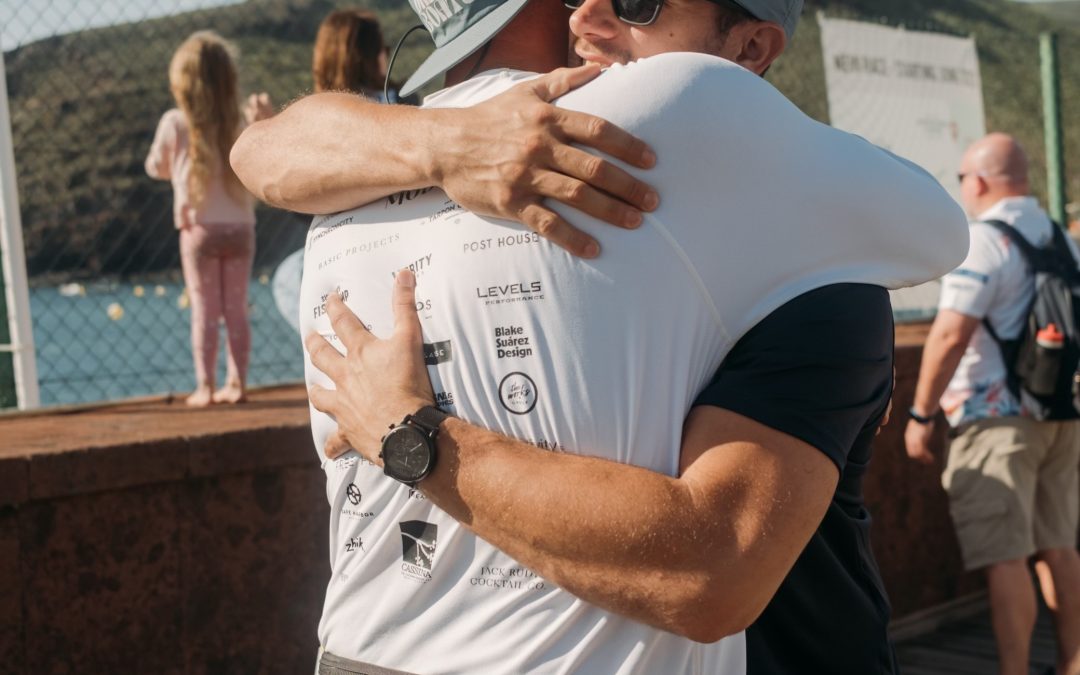 Well after two years it happened. The boys started their row from the Canary Islands to Antigua. What a two years it has been. We went from a small gym, to a furnace of a room on King Street Charleston as a temporary location, to a proper training facility downtown. We worked out in the heat, the cold, through sickness and injury. My dog bit me in the face, Charlie fell off bikes, got hit by cars, Ben went to the hospital because we thought we killed him one day after hard training, it was all worth it.

The San Sebastian sun shined a little brighter on Polly Anne the once pale British girl, I still remember the day she showed up and the boys proudly called me and drove her by to see me. She sat awkwardly on a trailer as Charlie donning overalls smiled from ear to ear as she was finally here, she didn’t look that way in the San Sebastian sun. Decorated with the sexiest wrap in all of the fleet, she bobbed at the dock with all her pretty sponsors on her sides. I found the Levels sticker and I swelled up with pride as I was incredibly honored and proud to be part of such an endeavor. My part was done, they looked strong and healthy, a little sun burnt but no bother, I relaxed and played a ridiculous amount of ping pong in the Spanish sun.

The amount of impressive people was immense. A New Zealand woman rowing solo, a twenty one year old university student choosing this for her holiday, special forces boys rowing for charities, Egypt was represented, it was inspiring. Then I saw Charlie, who looked like he was having the absolute time of his life and I believe he was and did. He went from being three hundred pounds to being the powerhouse of a man powered sea vessel. Ben, the skipper of the boat, quiet and poised before the horn went off telling them to commence rowing. Like a tiger on a hunt, he was prepped and ready for whatever the sea threw at him. It is a beautiful thing to see your friends doing great things.

They capsized, they broke a rudder. Charlie called me from the boat and just wanted to know the Arsenal scores and asked for me to bring him a shirt to Antigua. Ben talked about not packing enough salami. It is good to find your friends impressive and to root for their successes. If they are real friends and good people they are doing the same for you. I found that in the Dreamboats, best team ever. Proud of you boys.